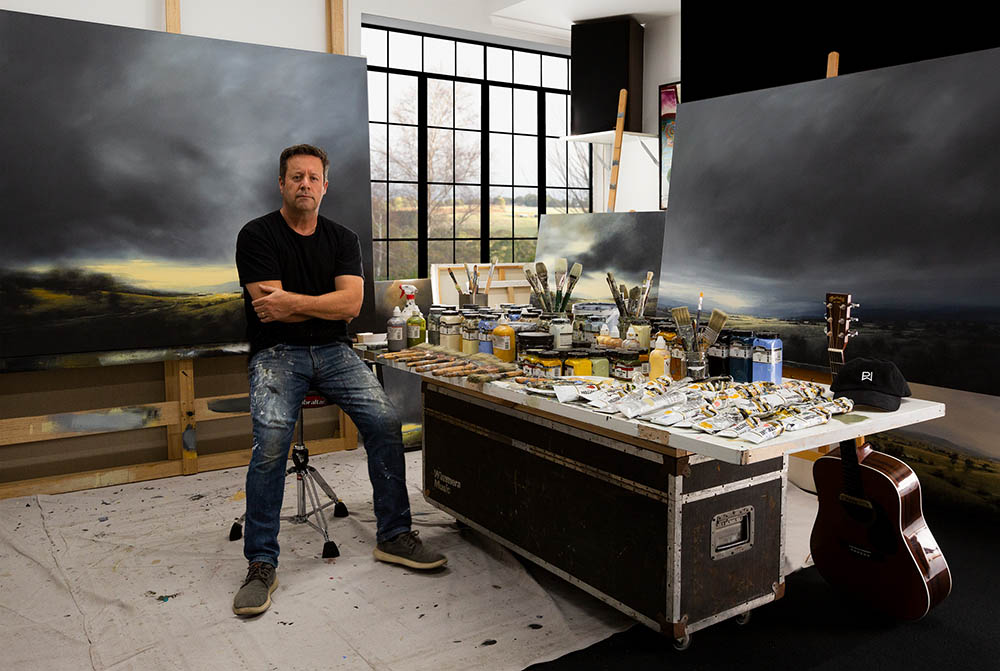 Peter watts is an award-winning landscape artist who captures fleeting moments of light in the dramatic skies across central Victoria, Australia.

Peter’s paintings are influenced by vivid cloudscapes and landscapes around the Daylesford area, interpreting the wild combinations of shades, movement and time shifts inherent in the high hills.

With a distinct perspective on nature, Peter moves from reality to a subtle abstraction that brings his work to life.

Peter has been part of the arts community for most of his life, with more than 28 years as award-winning creative director of his design agency. His design work has been exhibited in many locations including New York, the National Gallery of Victoria and the National Gallery of Australia. He has also been a judge for numerous prestigious design competitions worldwide.