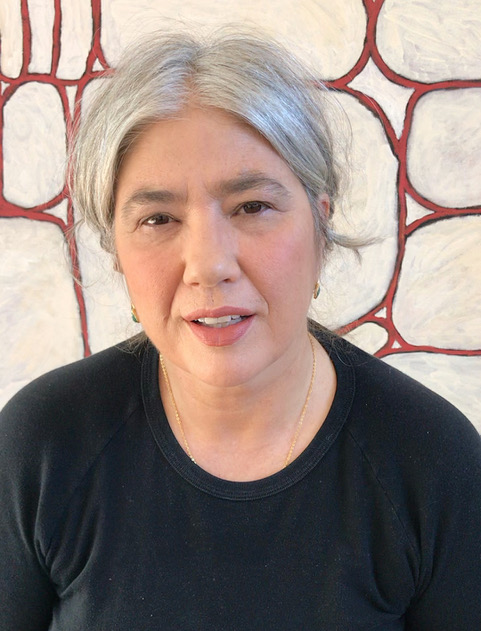 Marina’s life in Central Australia has influenced her work in many ways; her sense of colour and light are a direct response to the natural environment and her social practice mentoring indigenous artists has been an inspiration seen in the direct way she works. Strocchi is deeply rooted in a European tradition and cites many ancient and naive art forms as influential to her development as a painter. The linear qualities of her work and the limited palette in some of her landscapes or pictographs also hark back to her formative years as a printmaker.

Strocchi’s work has been exhibited widely in Australia and she has had two solo exhibitions in the U.S. In 2019 she received the Arts NT Fellowship which enabled her to have a studio in Brooklyn, NY.

Her recent works are inspired by the built landscape in New York.