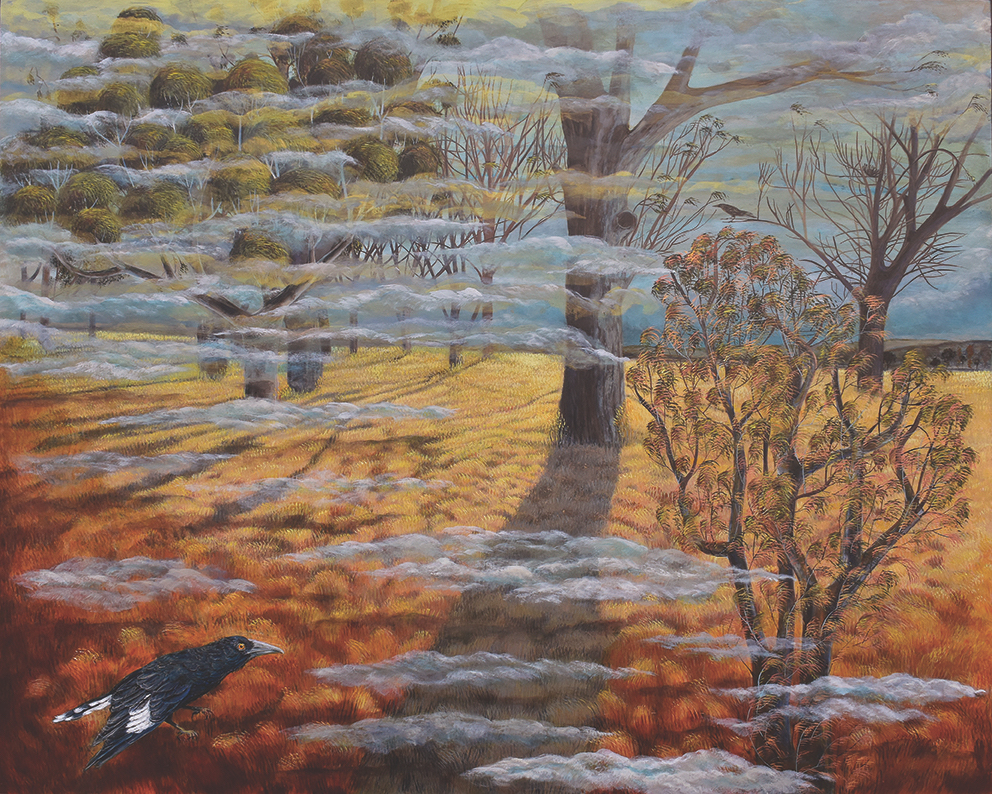 Dianne Fogwell is one of the most respected printmakers and artists’ book practitioners in Australia. She has been a master printer, and founding director of print studios such as Studio One (with Meg Buchanan), Criterion Press and Fine Art Gallery and Lewis Editions.

With works included in a long list of national and international solo and group exhibitions, her recent awards include the national 2017 Geelong Print Prize and 2017 Banyule Award for Works on Paper and the Grand Prix Winner of the exhibition Literary Jokes, Games and Fantasy, Ukraine, for her artist book, Emu. She was the invited International Juror for the 7th Bharat Bhavan International Biennial of Print, Bhopal, India and for the 2018 New Zealand Print and Painting Award.
An invited artist to international biennials for print and the artist book in Poland, Belgium, Belgrade, France, London and, most recently, China and Portugal, Dianne has also been a selected finalist in major national print and painting awards such as the National Works on Paper, Silk Cut Award, Burnie Print Prize, Swan Hill Print and Painting Prize and the Portia Geach Portrait Prize.
Lecturing at the ANU School of Art from 1981 to 2006 in the Graphic Investigation workshop (1985-98) and as lecturer in charge of the Edition +Artist Book Studio (from 1996-2006), Dianne has also acted as curator and co/curator for international and national touring exhibitions for artists’ books, and presented workshops and lectures in Greece, New Zealand, South Korea and Japan.
Dianne’s work is represented in national and international collections, including National Gallery of Australia; China Printmaking Museum, Guanlan, Shenzhen, China; and many regional galleries, public libraries, universities, corporate and private collections.